Showing posts from June, 2015
Show All
June 30, 2015
Rich showing us all how to find our hips, todays focus is on consistency in our lifts

Post a Comment
Read more
June 29, 2015
theres a few of you competing in wild west so Im gonna be posting a lot of your movements and more team WODs to get you all used to changing over working as a team.

- Pull ups
Post a Comment
Read more
June 24, 2015
Partner WOD - 20 min AMRAP  10 burpees  20 Wall Balls
skill - for time
50 TTB
Post a Comment
Read more
June 23, 2015
Team work is so important for success, even in CrossFit as a community we should be working together to push for the best possible results, positive environment makes for success. The more we can come together and push each other the harder we all have to work together.

Team AMRAP
Rope climbs
Post a Comment
Read more
June 22, 2015
old school photo monday, this was taken back at the old box can you spot any regular faces

plus some gymnastic accessory work which will depend per class requirement

Post a Comment
Read more
June 17, 2015
Remember this weekend is bring a friend along day, we will be running classes from 10,11 and 12 just book in like normal so I know numbers

Strength - Press
find a 2RM
Post a Comment
Read more
June 16, 2015
Just thought I would remind you what a full squat looks like, its hips below knees

Skill - 10 min EMOM
odd - 10 Wall balls
even - Plank hold
Post a Comment
Read more
June 15, 2015
who would be interested in some beach sessions on a Saturday once a month

Strength - Back Squat
find a 2 RM
Post a Comment
Read more
June 12, 2015
Lt Gareth Jenkins A Royal Marine trainee who died on a training exercise in Dartmoor has been named as Lt Gareth Jenkins. Gareth was a member of our friends in CrossFit NW1 and they have written a workout to honour his memory. Lt Jenkins, from Colwyn Bay, Conwy, collapsed at the Commando Training Centre, Lympstone, Devon, while on a 30-mile (48km) march on Thursday 28th May. A Royal Navy spokesman said: “The thoughts and sympathies of the naval service are with his family and friends at this time.” Lt Jenkins, who was in his mid-20s, died during the so-called “30-miler” march, the last major test undertaken as part of the 32-week Commando course. Trainees must complete it carrying at least 32lbs (15kg) of equipment in a maximum time of eight hours. Gareth Jenkins… AMRAP 40, in pairs: 50 Burpees
Run 400m together
50 Kettlebell Swings (24kg/16kg)
Run 400m
50 Pull ups
Run 400m
50 Push ups
Run 400m
Post a Comment
Read more

June 11, 2015
CFB inhouse comp has been changed to the 11th July as I know a lot of people couldn't make last date. this will also mark 3 years at Holdenhurst road. so would be great to have as many people along to make this a great bday.

Post a Comment
Read more
June 10, 2015
Guys if you wanna get better at double unders you need to buy your own rope you need to spend time just skipping avoid working your double under, improve your skipping speed

these must be unbroken

Midline - 100 hollow Rocks
Post a Comment
Read more
June 01, 2015
So the brits are on there way to the Games massive well done to Steve, Phil and Sam, these three have shown how much effort takes to make it to the games. Not only do you need to commit to your training but there rest and recovery is so important. These guys do not drink, they ensure they programme rest days in, they eat clean and take supplements to boast there nutrition. For those of you who wanna compete I wouldn't look at your programming for progress I would look at your nutrition/recovery, these guys ensure that they train @100% not 60-80% because they are tired or sick.
Massive well done from me

For those of you looking to compete we as coaches have been watching improvements in individuals, we are looking to put another team in for strength in depth this year with the hope of pushing for a team at regionals next year.
For this to happen training must start now

For us we have a retest day going back 7 weeks

Wanna come check us out 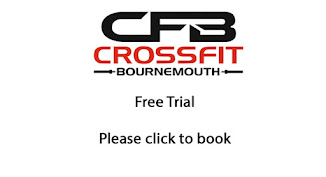